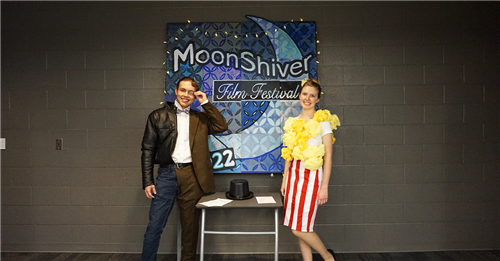 The MoonShiver Film Festival, one of Ridgeline High School’s most fun traditions, took place on Friday, May 13, 2022. The Ridgeline Film Club and members of the student council put on the festival. MoonShiver gives students an opportunity to showcase their talents and creativity through film. The film club, led by English teacher Brad Gibbons, worked hard to make this MoonShiver the best one yet.

“We regularly field 30+ entries each year and hundreds of audience members pack the auditorium, making this one of Ridgeline’s best-attended non-athletic student activities,” Gibbons explained. The top films were chosen by the film club and shown at the festival. The club made sure a variety of genres, techniques, and skills were selected. At the end of the night, awards were presented for categories such as Best Picture, Best Actor, Best Dressed, People’s Choice, and more. 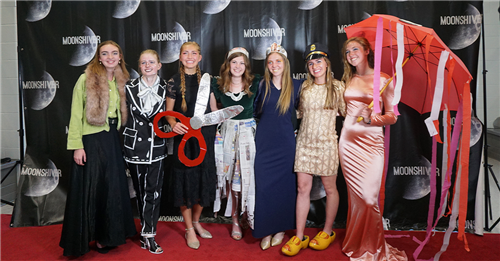 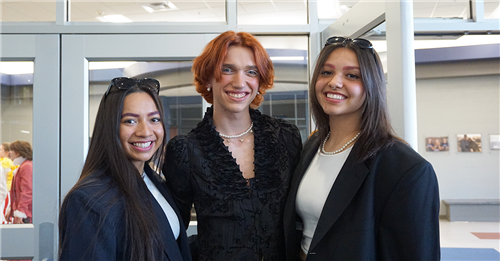 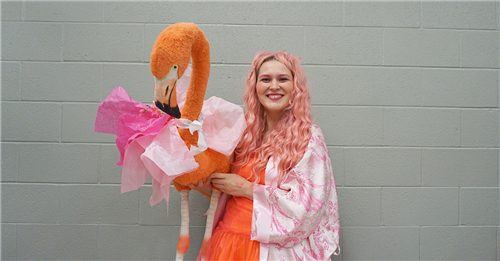 In addition to watching the films, the student-filmmakers walked a red carpet and took pictures with friends while enjoying live music. The theme of the festival this year was Camp, which was inspired by the previous Met Gala theme and was reflected in over-the-top and extravagant outfits. “I wanted to create an evening where every student, regardless of their background, could dress glamorously and hang out with their friends,” Gibbons said.

Not only is MoonShiver a fun, unifying event for the school, but it provides real-life experiences for students that allow them to get a taste of the film industry. “This is an exceptional event that weds classroom curriculum with an engaging extracurricular activity. Since starting this program years ago, I have had several students attend film school,” Gibbons explained. “After taking my course or participating in the festival, many students have expressed that they had never previously considered film as a career prospect, providing valuable feedback regarding the real-world relevancy of this program.”