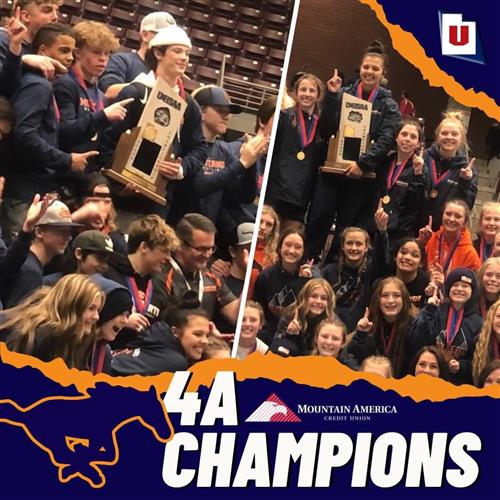 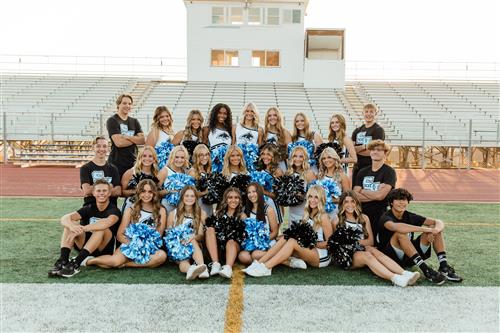 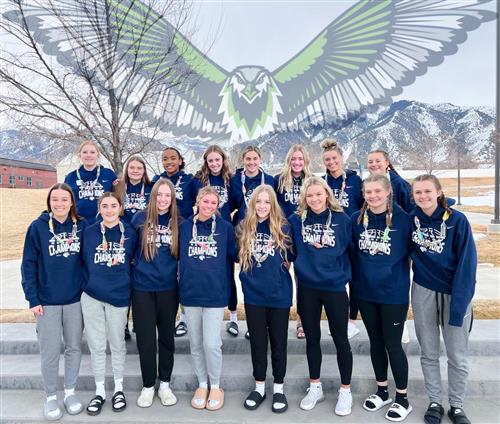 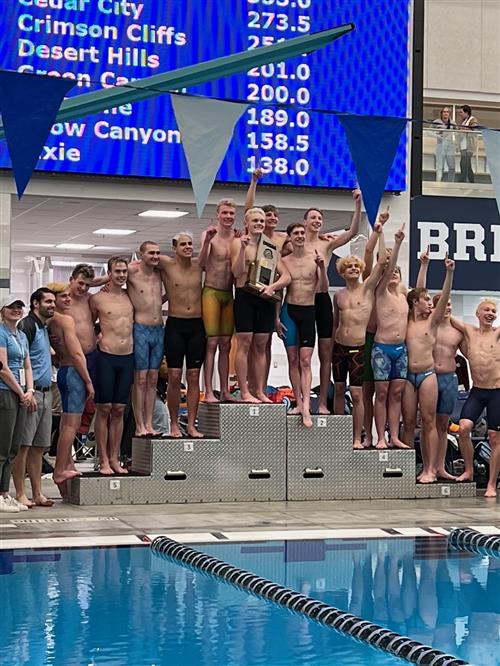 Cache County School District is proud to be home to some of the region’s finest athletes. Our winter athletes throughout the district have seen great success in each of their respective sports.

During the winter sports season, students have the opportunity to participate in basketball, swimming, drill team, and wrestling. Each school in the district had athletes qualify and compete in the Utah High School Athletic Association State Championships.

Congratulations to the Sky View High School boys swim team and Ridgeline High School girls swim team for earning their very first 4A State Championship Titles! This state championship was the first in history for both the Ridgeline girls and Sky View boys. Sky View finished their undefeated season off with 353 points and the Riverhawks finished their undefeated season with 346 points.

This winter season, the Ridgeline High School girls basketball team was top-seeded (24-1). The Lady Riverhawks fought hard on the basketball court against Desert Hills during the state championship, finishing as the 4A state runner-up with a close score of 58-55.

CCSD Drill and Cheer Teams also dominated. The Sky View Cheercats earned the State Championship with two state titles, one in the Pom Division and the other in Sideline Timeout. The Cheercats took first place in all three routines. The Ridgeline Aeriettes earned the Region 11 title and finished second in state. The Green Canyon Drill Team, The Accalias, advanced to state for the first time in history and finished second as the 4A school with the highest GPA.

We are incredibly impressed by all of our district’s athletes. While we can’t acknowledge every athlete or team by name, we are proud to celebrate their efforts, commitment, and accomplishments. If we have inadvertently missed a state champion team in this post, please let us know so we can add them!