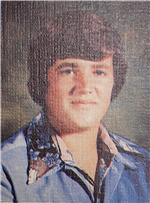 Kelly graduated from Sky View High School in 1977. He started a career in education at South Cache Middle School and then moved to Spring Creek Middle School when it opened in 1986. As a keyboarding instructor, Kelly was known to dance to the rhythm of the students’ keystrokes, which was, as one fellow educator expressed, quite a sight. After teaching, Kelly went into school administration, becoming the assistant principal of Spring Creek in 1995 and eventually the principal in 1998. He then moved to the elementary setting in 2002 and was the principal at Wellsville, Canyon, and Nibley elementary schools.

A visit to Kelly’s office was always an adventure. There were artifacts everywhere and each one had a story behind it. Some were from Kelly’s family vacations; others were items that he liked to collect. In recent years, Kelly developed a relationship with NASA and had many items from the Space Shuttle program. His latest installment was fabric that underlaid the tiles on a shuttle, and Kelly liked to fire up a blow torch to show how resilient it was to heat. Kelly was always learning, always curious.

As an educator, “Mr. R” (as his younger students called him) was focused on helping each child succeed. He was compassionate, considerate, and caring. If a student was struggling, Kelly would invite them into his office and show them his collection of shark teeth, NASA artifacts, and photographs of birds. He would take the time to talk to them kindly and carefully. He was always looking for the best in others. Kelly was also known for his fun-loving attitude. He enjoyed celebrating the success and accomplishments of his students. He went out of his way to make each child feel special and important.

Above all, Kelly Rindlisbacher will be remembered as a good man with a kind, generous heart. As one of his fellow teachers put it, “Kelly was always upbeat - always smiling - very dedicated - always willing to serve and a wonderful educator. I have known him for over forty years and never saw him in a bad mood - if he was upset/irritated, it never showed.”

Kelly will be sorely missed by his Cache County School District family.