Teri Rhodes is a homemaker living in Newton. She is an Alumna of SVHS (1983) and USU (2009 BS Mathematics.) Teri is an avid public school supporter and has been volunteering in Cache County schools since 1994. She also is a volunteer with Utah PTA, BSA and USA Swimming. She and her husband, Kevin, have five children who were all educated in Cache District schools. She is the current board president and represents District #7 (Voting Precincts: Amalga, Benson, Clarkston, Cornish, Cove, Lewiston 01, 02, Newton 01, 02, Richmond 01, 02 and Trenton) and has served on the Board since 2013.

Kathy Christiansen is a retired school teacher and lives in Smithfield. She attended Cache County schools and graduated from Sky View High School. She has four children who also attended Cache County Schools. Throughout her teaching career, she was passionate about education and helped organize The Young Artists and Writers Fest to recognize creative middle-schoolers in Cache Valley. In 1993-94 she was chosen as Cedar Ridge and Cache County Teacher of the Year. She also received the Hats Off Award in 2008. She is currently serving as vice president of the Cache County School Board. The Smithfield District, District #6 (Smithfield 01, 02, 03, 04, 05, 06, 07) will be represented by Kathy. 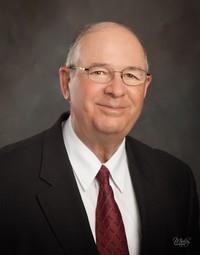 Larry Jeppesen was a school librarian in the Cache County School District for 31 years. He also spent several years coaching basketball, volleyball, and track. Larry received his B.S. Degree in Music Education and his M.Ed. in Instructional Technology from Utah State University. He and his wife Christine are the parents of six children and have 21 grandchildren. Larry is a lifelong resident of Wellsville. He is currently serving as the Executive Director of the Utah Educational Library Media Association. Larry was appointed to the Cache School Board in June, 2015. He represents District #1 (Voting Precincts: Wellsville 01, 02, 03 and 04, Mendon 01 and 02, College/Young Ward, and Hyrum 03).

Roger Pulsipher taught in the Cache County School District for 33 years at the elementary, middle school, and junior high levels before his retirement. He attended school in Cache County and graduated from Sky View High School. He received a B.S. degree from Utah State University. Roger lives in Avon with his wife Colette where he continues to farm. They are the parents of three children who are all graduates of Mountain Crest High School. They also have one grandchild. Roger is currently serving as Board Vice President and represents District #2 (Voting Precincts: Hyrum 01, 02, 04, 05, Paradise, Avon and Millville 17, 25). 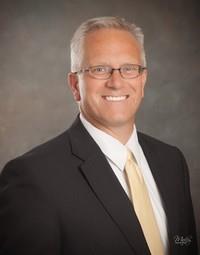 Jeffrey Nielsen and his wife Cressent live in Nibley. They have four daughters and three sons. All seven of their children have been educated in the Cache County School District. He has a BS degree in Mechanical Engineering from USU and is currently employed at Inovar. Jef represents District #3 (Voting Precincts: Nibley 01, 03, 17, and 25, Providence 02, 03 and 05.)

Randall Bagley and his wife Tanya live in Providence. They have three daughters, one son and two grandchildren. All four of their children have been educated in the Cache School District. He has a BS degree in Nutrition and Food Sciences and a MS degree in Instructional Technology from Utah State University. He is employed at Utah State University. He represents District #4 (Voting Precincts: North Logan 05 and 06, River Heights 01 and 02, and Providence 01 and 04). 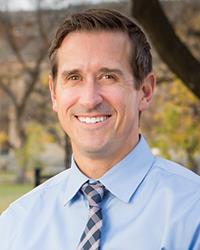 Chris Corcoran is a Professor at Utah State University, currently serving as the David B. Haight Professor of Analytics in the Huntsman School of Business, and as the head of the Department of Management Information Systems. He earned a degree in Statistics and Computer Science at USU in 1995, before completing a doctorate in Biostatistics at Harvard University in 1999. He joined USU as a faculty member in Mathematics and Statistics, and served as head of that department before moving to the Huntsman School this year. In addition to teaching courses in introductory and advanced statistics, Chris has spent a large part of his career working with large interdisciplinary public health and biomedical studies, including research in Alzheimer's disease, cognition in aging, birth defects, cancer, hip fracture among the elderly, and the genetic causes of chronic disease. Chris previously served on the community council for Sunrise Elementary in 2001-2003, and as a member of the Cache District's Building Task Force in 2004 and again in 2012-13. Chris grew up in Detroit, Los Angeles, and Denver, but discovered the beautiful Cache Valley when he met and then married his wonderful wife, who is a Logan native. They have four children who have all attended Cache County Schools. Chris represents District #5 (Hyde Park 01 and 02, and North Logan 01, 02, 03 and 04).